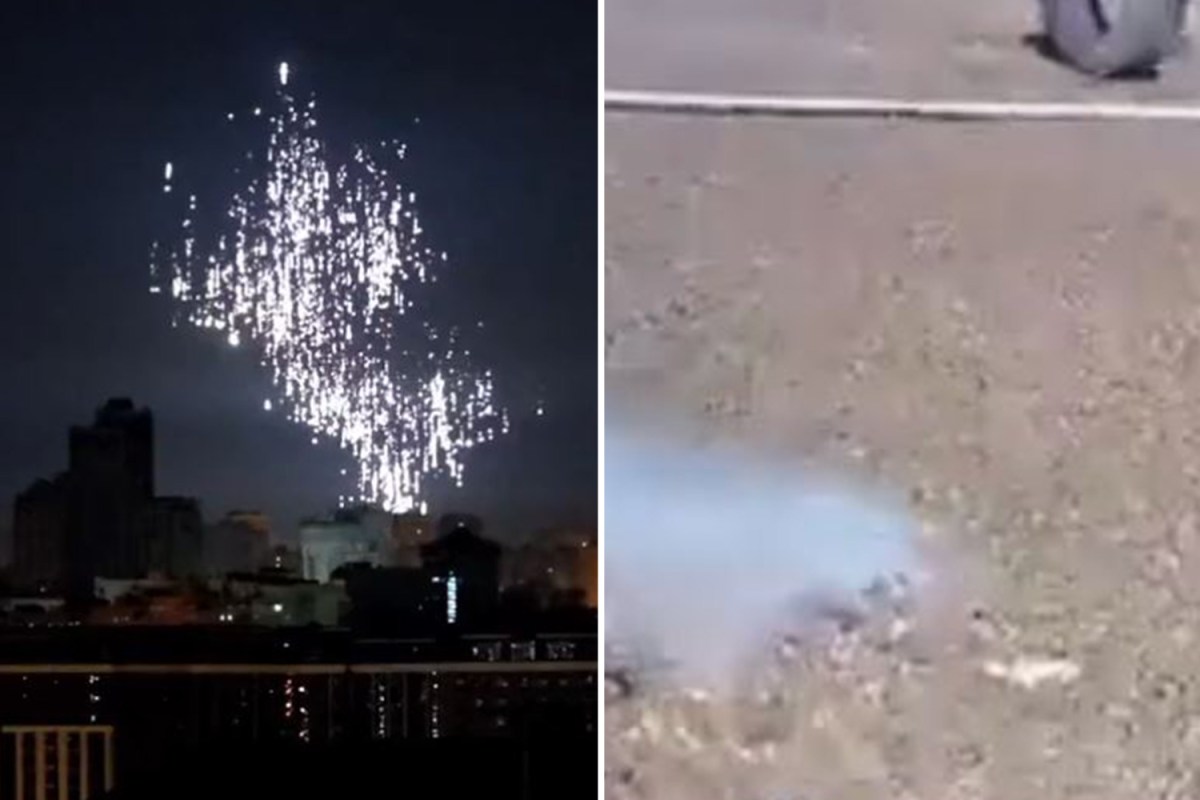 RUSSIA has been accused of using deadly phosphorus bombs in Ukraine amid growing fears of Vladimir Putin using chemical weapons.

Images show what is believed to be violently burning white phosphorus on the ground in the eastern city of Kramatorsk, while separate images show it apparently glowing in the sky above kyiv.

White phosphorus causes injury and death by burning deep in tissue, being inhaled in the form of smoke, and being ingested.

Kramatorsk Police Chief Oleksiy Biloshytskiy shared video of fiercely burning equipment on the ground as it was hit with a shovel.

The unverified video was filmed in a town that houses the headquarters of the Joint Operation of Ukrainian Forces.

“Another use of phosphorus munitions in Kramatorsk,” he alleged.

Meanwhile, ITV has released what it says are phosphor images over the northwestern suburbs of Kyiv last night.

The chemical can be seen erupting in the darkness above the Ukrainian capital.

Western leaders are increasingly concerned that a desperate Putin will use chemical weapons as his invasion fails.

“I think that’s a real threat,” President Joe Biden said as he left the White House.

“Any use of chemical weapons would totally change the nature of the conflict, it would be a flagrant violation of international law and would have far-reaching consequences,” he said.

Meanwhile, the United States has also determined that Russian troops committed war crimes in Ukraine, and it will work to prosecute those responsible, Secretary of State Antony Blinken said.

He cited evidence of indiscriminate or deliberate attacks on civilians and the destruction of apartment buildings, schools, hospitals, shopping malls and other sites.

White phosphorus has been used extensively in combat over the years, including World Wars I and II, as well as in Korea and Vietnam.

Turkish forces reportedly used it against Kurds in 2019.

The material is derived from the chemical element phosphorus and can be used in smoke, tracer fire as well as ammunition.

It is pyrophoric, meaning it ignites on its own and can burn clothing, skin, fuel, and ammunition.

Due to its smoke-producing qualities, it is commonly found in smoke grenades and other ammunition, such as launchers or mortars.

They are used to create a smoke screen to mask troop movements or firing positions as well as infrared signatures.

The Convention on Certain Conventional Weapons prohibits incendiary weapons but those containing white phosphorus are not covered.