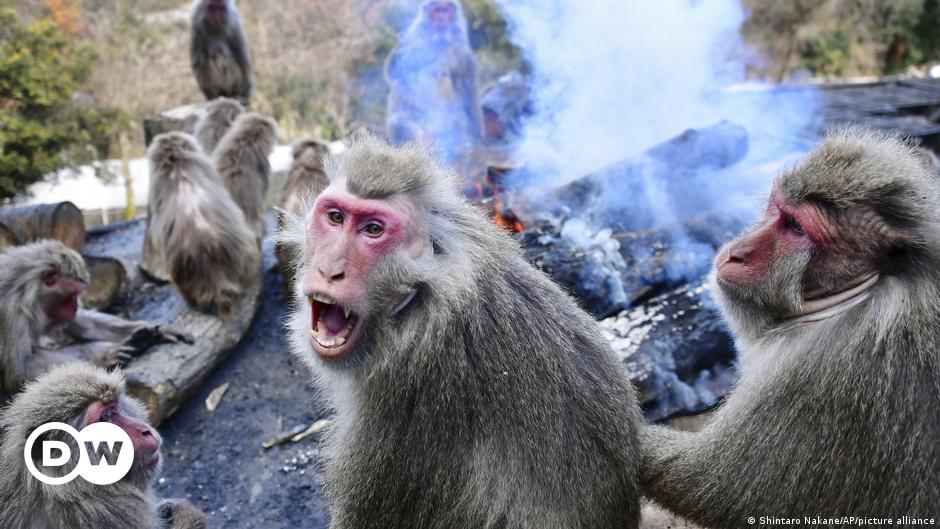 Dramatic changes in the landscape of rural Japan have caused significant changes in the behavior of the country’s wild animals, leading to more frequent and violent clashes with humans.

In years past, bear attacks have generally accounted for the majority of attacks on humans, along with the occasional wild boar outburst. But there has been a sharp rise in reports of monkey attacks this summer, while authorities in a coastal town have warned that dolphins are becoming aggressive towards swimmers.

And while such confrontations in the past mostly occurred when humans strayed off the beaten track, with people hunting mushrooms and other mountain vegetables being attacked by bears, incidents are happening more and more. in the suburbs of some of the largest cities in the country.

In June last year hunters had to be called in to take down a brown bear that injured four people on the outskirts of Sapporo, the biggest city on the northern island of Hokkaido.

Authorities had to close the city’s airport, close 42 schools and lock down a military base before the 2-metre bear was shot.

In the six months to November 2020, a record 13,670 bears were sighted across Japan, with as many as 63 people maimed in attacks, two of whom died from their injuries.

In southern Japan, residents of the small island of Kakara are considering evacuating as wild boars have largely taken over, destroying pumpkin and sweet potato crops and becoming increasingly aggressive and territorial.

The situation has become so serious that parents no longer allow their children to play outside for fear that they will be attacked.

This summer, the Japanese media devoted extensive coverage to a number of clashes between troops of monkeys and local people. In some cases, rogue simians have entered people’s homes by opening windows or breaking screens, and bit or scratched residents.

Local authorities in Yamaguchi prefecture in southern Japan reported 66 incidents in July alone and advised local residents not to make eye contact with a monkey as it could be perceived as a challenge and rush an attack.

“I think the statistics confirm that we are seeing a lot more cases in recent years than before,” said Mariko Abe of the Nature Conservation Society of Japan.

“There seem to be several factors contributing to the increase in these cases, but I think one of the biggest – especially this year – is the effect of climate change,” she told DW.

“Over the past decade, the rainy season that reliably lasted about a month from mid-June has become shorter and produced less rain,” she said. “And this year, it’s been extreme.”

“There was cloud cover in June, but not enough rain and now we are seeing record high temperatures across the country.”

The result is that the food sources in the mountains and forests did not produce sufficient quantities for the monkey population, meaning they had to go in search of food. And that brought them into areas of human habitation.

Another factor is that suburbs are constantly moving closer to animal habitats, she added.

Kevin Short, a professor specializing in environmental education at Tokyo University of Information Sciences, agrees that habitat loss is a major reason for the increase in the number of wildlife intrusions in urban areas. .

He also pointed out that due to declining rural populations in Japan, there are fewer hunters to take down wildlife, which has led to an explosion in the numbers of bears, wild boars and monkeys in recent years.

“In the past, these villages functioned as a sort of buffer zone between the forests and the suburbs and the villagers would slaughter the animals that took their crops etc.,” he said.

“With villages losing all their young and gradually shrinking, there are fewer people to stop wildlife from taking over.

“Not afraid of humans”

“I also think it means that animals are often no longer afraid of humans,” Short said.

“Japanese macaques, for example, are very intelligent and once they realize that they don’t need to fear humans and can actually intimidate us, then it spreads very quickly through the troop. .

“They also learned that the suburbs of Japanese cities provide attractive and easy food sources,” he said.

And while people have had more run-ins with bears, boars and monkeys in recent years, reports of dolphins biting swimmers off the central city of Fukui have surprised many Japanese.

The local authority has set up beach patrols and buoys that emit ultrasonic sound waves to keep dolphins away from beaches, and posted signs warning people not to approach the creatures.

“The bottom line is that these are wild animals in their natural habitat,” Abe said. “Humans trespass in their spaces, they’re not pets and people can’t just play with them. People need to learn to stay away from wildlife.”

2022-08-08
Previous Post: Temperature around the lunar crater adapted to the human population
Next Post: Emergency solar management in WA: what you need to know