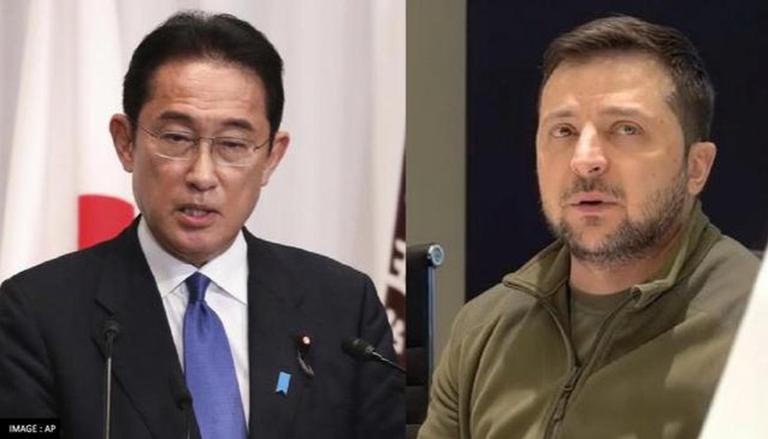 Following growing concerns over the use of chemical weapons by Russian forces, Japan has decided to supply gas masks, hazmat suits and drones to Ukraine to help the torn country through war to defend its sovereignty.

According to Defense Minister Nobuo Kishi, Tokyo is delivering anti-chemical materials to Ukraine at the request of the Ukrainian government. Last month, Japan also delivered body armor, helmets and other non-lethal military equipment to Ukraine as an exception to Tokyo’s ban on arms transfers to areas of fight. Meanwhile, the dispatch sparked a debate in Japan, whose pacifist constitution prohibits the use of force and renounces war.

“To unite with the international community and act firmly against Russia’s invasion, which violates international law, is also extremely important from the point of view of our own national security,” said Japanese Defense Minister Kishi, according to The Associated Press (AP).

He also said the government had changed its operational policy on arms transfers to allow the supply of non-lethal equipment to Ukraine, including gas masks and protective equipment. Japan also sends commercially available drones that are not classified as military equipment, the defense minister added.

Japan concerned about impact of Russian-Ukrainian war in East Asia

It should be mentioned here that Japan moved quickly to join the United States and the European Union in imposing sanctions on Russia and expressing its support for Ukraine and its people. According to PAJapan is also concerned about the implications of the ongoing conflict between Russia and Ukraine in East Asia, where China is asserting its own territorial claims.

Earlier this month, Japanese Prime Minister Fumio Kishida announced new sanctions against Russia by proposing a ban on Russian coal. He added that imports of Russian coal will be banned in the country and the government will find alternatives.

Meanwhile, last week Russia claimed that a number of Japanese automakers had announced the suspension of their operations in Moscow due to pressure from the administration led by Prime Minister Kishida. Russian Ambassador to Japan Mikhail Galuzin said a number of Japanese automakers with manufacturing facilities in Russia have declared suspension of operations, citing production and supply chain issues.

The Ambassador went on to say that the decision of the Japanese government, along with that of other members of the Group of Seven (G7), to ban new investment in the Russian economy is a very worrying indication for Japanese industry, the CASS reports the news agency.

2022-04-19
Previous Post: Japan to send anti-chemical materials to Ukraine
Next Post: “If we reduce the operating costs of solar management, it will become the most important alternative asset class in the world”