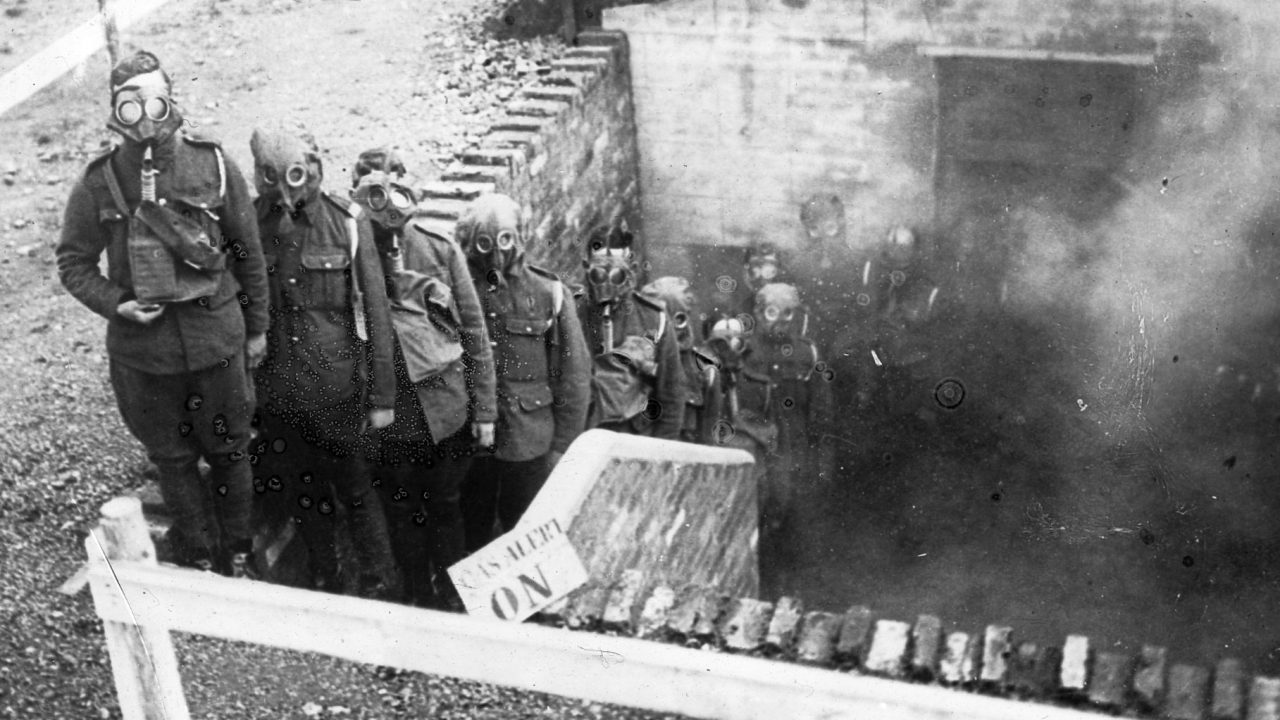 Could Vladimir Putin use chemical warfare?

(NewsNation) — Last week, President Joe Biden’s administration publicly warned that Russia could use chemical or biological weapons in Ukraine amid growing concern among officials that President Vladimir Putin is seeking to step up his war efforts.

Military experts NewsNation spoke to worry that Putin may be frustrated with his military’s lack of progress and resort to more inhumane forms of warfare, including chemical weapons.

“In Putin’s playbook, but also in the Soviet-era playbook…they’re going to escalate to de-escalate,” former Lt. Gen. Richard Newton told NewsNation on Sunday. “One of the tools that (Putin) could (use to) step up and really put NATO on its heels, potentially, is the use of chemical weapons.”

Here at home, experts said the United States has plans in place to respond effectively.

“We have the strategic national stockpile of antibiotics and chemical weapons antidotes, so we have good domestic response capability, but we still need to improve it,” said Andrew Weber, the former US assistant secretary. to Defense for nuclear, chemical and biological defence. programs.

But some experts believe that Russia deploying illegal weapons in Ukraine would change the minds of some people who have tried to avoid entering the conflict directly.

When were chemical weapons first used?

Although rare today, chemical weapons have been used on battlefields and against civilians throughout modern history, leaving behind massive casualties and psychological devastation.

Chemical weapons, including poison gas, were first used on a large scale during World War I by the European superpowers in an attempt to break the deadlock of trench warfare. The use of chlorine and mustard gas exacted such a toll that they, along with other chemical weapons, were banned by the Geneva Protocol in 1925.

Although the agreement prohibits the use of such weapons, it does not prevent countries from manufacturing and stockpiling them or using them in retaliation for a chemical attack.

That is why many countries continue to develop and stockpile weapons.

Despite the best efforts of the Geneva Protocol, World War I would only serve as a precursor to the chemical horrors to come.

Perhaps most notoriously, the Nazis used Zyklon B and carbon monoxide to kill millions of Jews, Slavs, and other ethnic minorities in gas chambers during the Holocaust. On the battlefields of World War II, chemical weapons were rarely used, and the Western Allies used none.

In 1997, a new treaty on chemical weapons, the Chemical Weapons Convention (CWC), went a step further and closed many gaps in the Geneva Protocol. The CWC prohibited the development, production and stockpiling of chemical weapons, in addition to their use.

The new treaty also required member states to destroy their existing chemical weapons. As of January 31, 99% of the world’s declared stockpile of chemical weapons had been destroyed, according to the Organization for the Prohibition of Chemical Weapons (OPCW).

So far, 193 nations have pledged to disarm chemical weapons as outlined by the CWC, but despite its widespread adoption, some signatories have continued to use them.

Syria joined the CWC in September 2013 but was accused of use chemical weapons from. In 2021, OPCW experts investigated 77 allegations against Syria and concluded that chemical weapons were probably or definitely used in 17 cases.

The State Department estimates that President Bashar al-Assad’s regime has used chemical weapons against the Syrian people at least 50 times, including one August 2013 incident when the Syrian government released a nerve agent in the Ghouta district of Damascus, killing more than 1,400 people during the country’s decade-long civil war.

Putin has supported Assad since the start of the conflict and remains a key ally.

Western officials have warned that Putin could use chemical weapons in a “false flag” attack to justify his invasion of Ukraine.

Russia once had one of the largest stockpiles of chemical weapons in the world, but in September 2017 the country had destroyed the last of its declared arsenal, according to the OPCW. But after using chemical weapons to commit assassination attempts against Putin’s enemies, including Alexey Navalny and former spy Sergei Skripal, the elimination of the country’s stockpile of chemicals has been questioned.

The United States is preparing to destroy the last of its remaining chemical weapons by 2023.

The Associated Press contributed to this report.