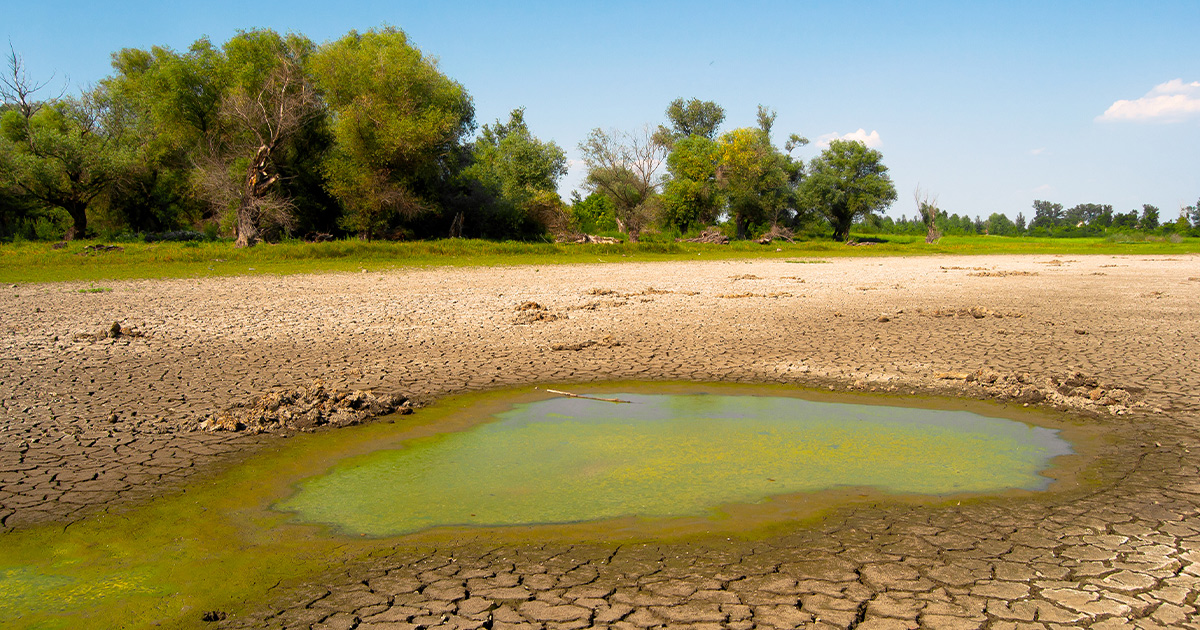 Can weather modification save us from droughts?

Over the past two decades, the western United States has faced some of the most severe droughts in modern history, greatly exacerbated by climate change. It could get worse: Historical data shows that North America has been subject to many “mega-droughts” in the past – and we may be overdue for a big one.

Today, scientists are looking for solutions. One possible defense against a mega-drought is a direct form of weather modification, called cloud seeding. Some countries are already going ahead with huge cloud seeding programs, but not all scientists are convinced.

How does cloud seeding work?

The idea of ​​cloud seeding has been around since 1940, when Dr. Vincent J. Schaefer experimented with it for General Electric. But it has recently seen renewed interest as today’s rising temperatures increase the risk of drought. Some scientists believe the western United States is currently entering a severe mega-drought – a 20-year drought that could be the second-worst drought in the past 1,200 years.

In a nutshell, cloud seeding works by scattering special particles into the air, usually airplanes, to help clouds condense into rain or snowfall. The particles are usually dry ice or crushed silver iodide, which is similar in structure to natural ice.

When the particles enter a cloud, they attract moisture, which gathers into ice crystals or a raindrop, depending on the temperature.

In theory, this weather modification technique should boost rainfall, alleviating some of the stress of an impending mega-drought. Cloud seeding has also been used to dispel fog, modify hurricanes, or weaken thunderstorms – in theory, anyway.

The Chinese government brought in the Beijing Weather Modification Bureau to ensure the 2008 Summer Olympics were rain-free by breaking up the clouds and raining them on the surrounding areas instead. The Chinese government is now planning a massive expansion of its cloud seeding program in 2025, with the aim of increasing rainfall in agricultural areas.

In the United States, for 44 years, Vail Resorts in Aspen, Colorado, has been sowing clouds to increase snowfall for skiers. They canceled the program last winter, due to budget cuts due to the pandemic.

Some researchers believe that climate modification could play a critical role in addressing climate-related drought in the western United States.

“Water managers basically have two choices, and both are being implemented,” Jeff French, an atmospheric scientist at the University of Wyoming, told E&E News. “One is to somehow reduce demand through conservation, and the other is to somehow increase supply. And cloud seeding ​is a relatively inexpensive proposition.

What are the negative effects of cloud seeding?

Currently, eight US states are attempting cloud seeding, according to E&E News. But the proposal is not free from controversy. Like any climate change mitigation effort aimed at altering nature, such as genetically modified trees or radiative cooling (a process that reflects heat back into space), climate modification faces resistance.

“Cloud seeding does not create rain; instead, it encourages a cloud about to produce rain to produce more rain than it might otherwise produce,” said Tom Skilling, WGN-TV’s chief meteorologist. “Some atmospheric scientists feel that seeding jobs are slim. Also, in a drought, the clouds that produce rain aren’t there to seed in the first place.

Many say that cloud seeding isn’t worth it. Much of the research shows a 5-20% increase in precipitation. Even so, it is not easy to prove that these increases are entirely due to cloud seeding.

Cloud seeding does not create rain; instead, it encourages a cloud about to produce rain to produce more rain than it otherwise could.

Despite decades of climate change, estimates of the effects of cloud seeding are ambiguous and difficult to pin down. But more recent research indicates that cloud seeding can generate up to 35% increase in precipitation, with the strongest studies relying on computer modelling.

“We are certainly in a better position now to answer that question than we were a decade ago,” Jeff French, an atmospheric scientist at the University of Wyoming, told E&E News. “The state of science has advanced to the point that this is a question we can and should try to answer now.”

Some areas won’t attempt cloud seeding for fear it could lead to difficult legal issues in the event of flooding or downwind drought. If a county is seeding clouds to produce rain, then downwind counties (and farms that depend on rainfall for their livelihoods) could miss out on rain if the cloud hadn’t been seeded.

Some scientists argue that instead of reacting to drought and relying on weather modification techniques, we should be more concerned with the root of the problem – climate change itself.

Despite the setback, states like Wyoming, Colorado and Utah aren’t afraid to try it. And, faced with a rapidly changing world, we may need all possible solutions.

We would love to hear from you! If you have a comment about this article or have a tip for a future Freethink story, please email us at [email protected]