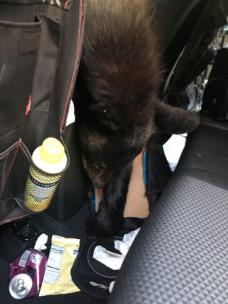 Bears are trying to adapt to the increase in human population

According to recent census data, Tennessee ranks eighth fastest growing state nationally as nearly 200,000 people have moved to the state voluntarily since 2019. East Tennessee has certainly seen its fair share of new citizens heading to the hills from other states and while the number of people residing in Sevier and Blount counties might not raise too many eyebrows, more than 14 million people visit each Great Smoky Mountains National Park where a large percentage of Tennessee’s 5,500 black bears reside. Simply put, the chances of bear-human interactions are high in and around the mountainous regions of eastern Tennessee.

These interactions are most evident in the park’s border towns in Sevier and Blount counties. Tons of food scraps from the thousands of homes, rental properties, and restaurants dotted around the area lure bears like bees…or maybe like bears…to a pot of honey. In town, many bears interact with people, triggering all sorts of irresponsible human behavior. In fact, TWRA wildlife officers in the area respond to 500 to 1,000 black bear calls annually, many of which are nuisance calls to Sevier Co. “The irresistible desire to have a close encounter with a bear black is strangely more powerful than common sense,” says Sgt. David Sexton, a wildlife officer who has spent more than two decades at Sevier Co. “Many people intentionally feed bears without concern for dire consequences to bears. and the humans they leave behind.”

These types of actions spawned regulations in the year 2000 that prohibit anyone from feeding a black bear or leaving food or garbage in a way that attracts bears. However, the regulations only apply to a 6 square mile lot. of Gatlinburg and were intended to create a buffer zone in the hopes that bears would be deterred from going further into the city if they couldn’t get into the garbage. Unfortunately, outside of the GSMNP and this buffer zone in Gatlinburg, there are no bear feeding bans in Tennessee. TWRA hopes that by raising public awareness of the dangers of habituating bears to unnatural foods, it will help curb the growing frequency of bear-human conflicts.

TWRA Black Bear program coordinator Dan Gibbs says the agency has seen more incidents involving bears entering homes and vehicles this year than any other year he can remember. “If you leave food or food waste inside your vehicle parked with the windows open or doors unlocked in the Great East Division, you risk getting a bear inside.”

In June, a black bear died after becoming trapped in a car parked outside a rental cabin in Sevierville on a 95-degree day, when the temperature inside the vehicle likely reached over of 140 degrees. The culprit appears to have been an empty soda can and a bag of snacks. “Bears have a nose seven times better than a bloodhound and can smell food inside a vehicle,” Mr Gibbs said. “Lock your doors, roll up your windows, and never leave anything inside that smells like food, including empty food containers, candy wrappers, fast food bags, or even air fresheners.”

When camping or picnicking, you may not have a choice, but please lock the food in the trunk or cover it with something to keep it out of sight, as bears can also recognize the sight of the food through the glass and attempt to enter.

2022-08-01
Previous Post: A Porton Down chemical warfare expert who investigated the cause of the Grenfell fire is found dead
Next Post: Temperatures around the lunar craters adapted to the human population