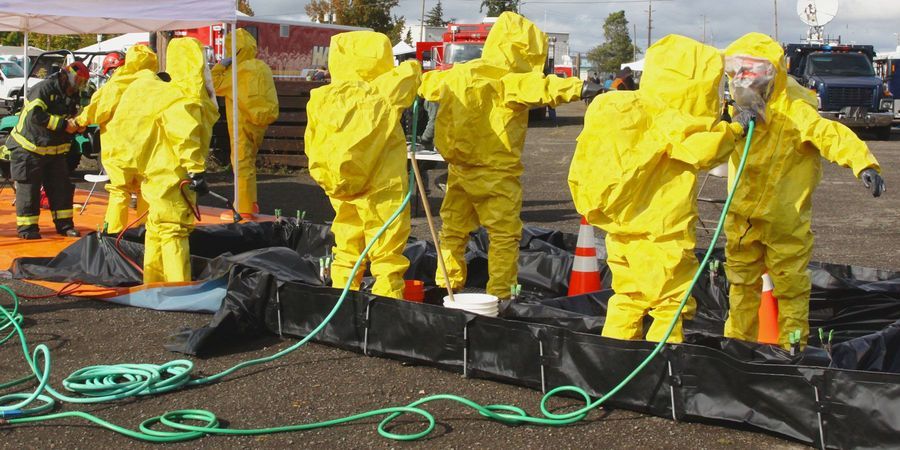 In a colorful solution to a dangerous problem, Australian scientists are adapting a cutting-edge solar cell component to design a light-based rapid detection system for deadly toxins.

While the use of chemical warfare agents like sulfur mustard – better known as mustard gas – is banned internationally, we rely on other strictly controlled chemicals for agriculture, l industry and throughout our daily lives, including fumigants like methyl iodide, which is used to control insects and fungi. The wrong amounts or incorrect use of these fumigants can harm people and degrade the ozone layer.

Because it’s invisible and has no odor, it’s hard to tell if there are any dangerous amounts of methyl iodide, and until now the best way to test it was in a laboratory using expensive and complicated equipment, which is impractical in many cases. real world settings. Some lightweight and cheaper detection methods have been tried, but they lacked enough sensitivity and took too long to provide results.

Now, research conducted by the ARC Center of Excellence in Exciton Science found a way to detect methyl iodide by color changes, with – for the first time – the accuracy, flexibility and speed needed for practical use. Importantly, this new detection mechanism is versatile enough to be used in the detection of a wide range of fumigants and chemical warfare agents.

Working with Australia’s national science agency CSIRO and the Department of Defence, researchers have taken a new technology used to enhance solar energy – synthetic nanocrystals based on a perovskite structure – and transformed it into a method of detection.

Their approach relies on the fact that these highly fluorescent nanocrystals react with the fumigant causing the light they emit to change color. The presence of methyl iodide causes the emission of nanocrystals to change from green to yellow, then to orange, to red and finally to dark red, depending on the amount of fumigant present.

“Perovskite nanocrystals have been shown to be a very efficient emitter of light,” said lead author Dr. Wenping Yin of Monash University. “Here we have shown that methyl iodide can react with such perovskites very quickly after a simple chemical activation step. Critically, this activation step reduces sensor response time by a few hours to seconds.”

How the Chemical Detection Process Works

In this process, the ions forming the nanocrystals change rapidly when exposed to methyl iodide triggered by a chemical reaction.

The reaction is to exchange bromide with iodide in the nanocrystal itself, resulting in the color change.

In the end, the researchers were able to demonstrate that the color change is dependent on the concentrations of perovskite nanocrystals and methyl iodide.

“Although the chemical mechanism is very complicated, the result is just a color change of the light produced by the nanocrystals, which is very easy to detect,” Wenping said.

The new mechanism has the widest range, highest sensitivity and fastest response ever for a technique that does not rely on expensive laboratory instruments, producing its results in about five seconds at room temperature.

The researchers now hope their findings will provide a platform for building a test device that can be used in real-world applications.

Lead author and Professor Jacek Jasieniak said: “We have understood the fundamental mechanism of what is needed to undergo this colorimetric sensing. Now it is a matter of building a prototype sensing device. It needs to be further developed to realize its true potential for wider detection of different types of methyl halide species, as well as pesticides and chemical warfare agents, such as tear gas and mustard gas, but the stage is set.”

Defense Scientist and Industry Partner Researcher Dr. Genevieve Dennison said, “We are very excited about the potential demonstrated by this work and look forward to applying the technology to protect our military and first responders. .

– This press release was originally published on the ARC Center of Excellence in Excitation Science website. It has been edited for style